Our second country in South America was Bolivia. Here we would visit one of the main attractions, Salar de Uyuni. But first our adventure starts in one of the capitals, La Paz.

After almost a month of traveling through the south of Peru we arrived in Bolivia. For your information, this is the poorest country of South America but also contains a rich culture as the Spanish barely interfered with the Bolivians at their time of conquering in South America.
Bolivia is a country located high in the Andes mountains with the highest capital at the world located at 3.700m above sea level (Side note, the preferable altitude for skydiving is between 3000-4000m).

We entered Bolivia in a small city called Copacabana, which just like Puno is located at the lake Titikaka, the highest lake in the world. Our initial plan was to stay one night here however we could not find any hostels available in the city. There were only hostels available on the nearby islands but these were 3 times more expensive then the regular price, to expensive for our budget. We also had the opportunity to meet Myeong Kyu (MK) in La Paz. We met him in Mexico and we studied Spanish together. After our semester we both would travel through South America only our direction and time was different. MK started his travels in Lima (just like us) but went up north, towards the Amazon jungle,

into Brazil and then down to Uruguay, Argentinia, Chille to Bolivia.

We decided to skip Copacabana and head straight to La Paz to meet MK and share our travel stories. The bus ride to La Paz was alright as we had a standard, local bus. Our bus experiences in Peru were quite good. Most busses in Peru are very luxurious with big ‘private’ seats (like an first class airplane seat). Although I found it hard to sleep a long my journey in Peru as I struggled with the amount of leg space available (a disadvantage of being tall). Our bus from Puno, the Peruvian side of lake Titikaka to Copacabana was a old and normal bus, which ment no legs space or comfort at all. But with a bus ride of only 5 hours it was not to bad to handle. From Copacabana to La Paz it was another 4 hours in a similar bus, at least it was cheap! Traveling by bus can also be quite dangerous as there are a lot of accidents happening in Peru and Bolivia due the long hours drive by a single driver. Not to mention the reckless driving and narrow mountain roads the busses drive on in the Andes. And yes, we saw some sketchy stuff but i’ll get to that later, luckily we didn’t encounter any problems during our travels!

Unfortunately my story of La Paz doesn’t contain a lot of interesting stuff as I was sick during the 4 nights I stayed in this city. This was probably because of a combination of elements. First of all, the city of La Paz is located high in the mountains which makes the temperature a lot colder and apparently they don’t understand the concept of warmth in my opinion as they don’t have any heating inside their homes nor isolation like double windows or that kind of thing we have in Holland. This makes the difference between out or inside very little (to give you an idea, it was 4 degrees in the evening). We also stayed in a big hostel with 20 people in 1 room and a lot of people in the hostel were sick, including me. So not a very pretty place to get better (one big epidemic of the flu)!

We decided it was better to leave the city of La Paz and go to Sucre, where we could recover, rest and enjoy ourselves. 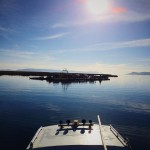 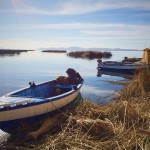 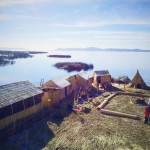 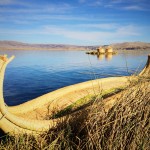 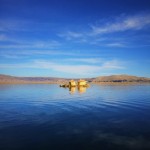 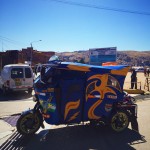