The road to Uyuni, Bolivia 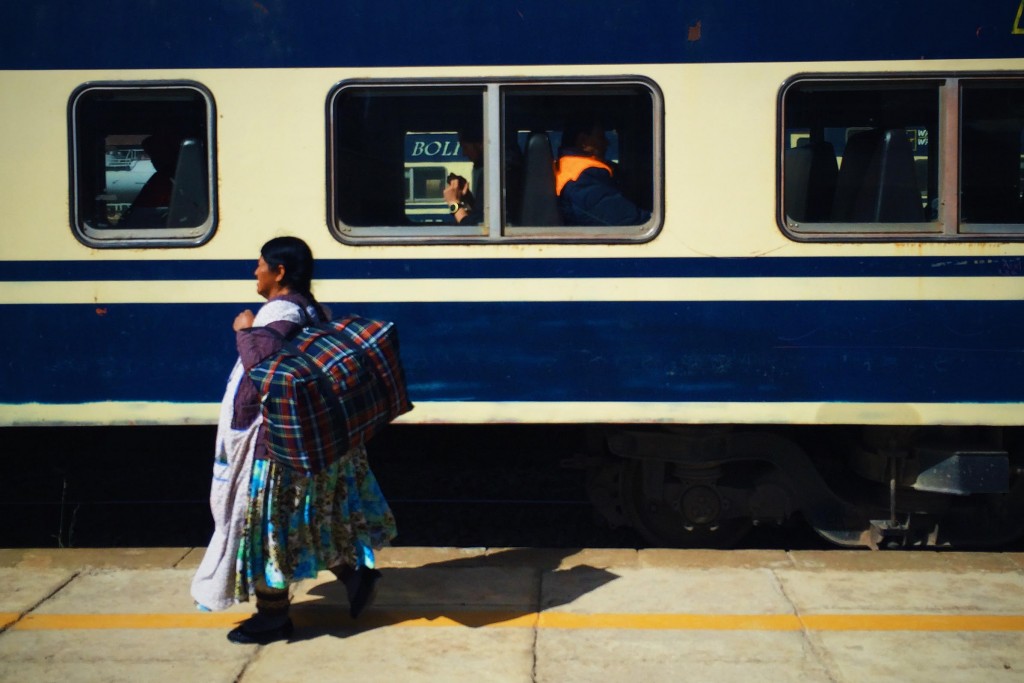 We decided to wait a few days in Sucre, hoping the blockades would resolve so we could continue our travels towards the city of Uyuni, our last stop before heading into Chile. For your information, Uyuni is the city close to the biggest salt falts in the world. In the rainy season (jan – feb) the salt flats are covered with water which reflects the sky on the salt surface and creates an outer world experience.

We had a few options to leave Sucre and to arrive in Uyuni but not very pleasant. The normal road to Uyuni from Sucre takes around 9 hours by bus and crosses the city of Potosí. Pretty much everything that goes south to north or vice versa goes through the city of Potosí.

Our options were:
Take a bus or minivan to the first roadblock and walk to the city. Take a cap through the city onwards to the road of Uyuni. However, with this option we had no idea how the situation would be, nor how much kilometres we needed to walk. Besides that we would have to walk up hill, it would become colder and there are no shops a long this walk to buy supplies. The only benefit would be the time we would save.

Our second option was to take a flight from Sucre or Santa Cruz to Uyuni but because flying is so expensive in South America (only when you book in advance its ‘cheap’) this was not an option we wanted to take. To give you an example, flying from Santa Cruz to Uyuni would costs us 2000 bolivianos which is 260 US dollars, for a 45 minute to 1 hour flight. Because of our budget, this was not a option for us.

Our third option was to take a bus all the way around Potosí. Making us go north of Bolivia and then south again. The city of Sucre is already quite south in Bolivia so it would mean we have to go back north in order to get South. In total we would spend around 30 hours in busses to get to Uyuni (normally it’s around 8-9 hours).

After waiting a few days in Sucre and meeting people who walked besides the roadblocks made us realize walking wasn’t an option (to much walking with all our bags) so we had one option left, take a bus to the north.
We managed to find last tickets for a bus that was leaving for our first stop, the city of Cochobamba. To give you an idea of the situation in Sucre: everyone wanted to leave and continue their travels and every day life. Backpackers, locals, they were all stuck and crowded up infront of local bus agencies to buy tickets towards an other city.

The next day we arrived at the bus terminal to leave for Cochobamba. We arrived with our bags at our bus to find an old piece of plastic on wheels waiting infront of us.There was a guy at the door of the bus, waving at us

with gestures to come and to go inside. We looked at each other and stepped towards the guy controlling our tickets. ¨Backseat¨ he said and in we went. We arrived in a full bus with everyone dressed for a cold night ahead of us. It can be very cold in Bolivian busses as the heating or windows can be broken. For example, windows can be broken to the point they cannot close and because of the unpaved roads they open because of the vibration.

We arrived in the back of the bus to discover that our seat were stuck and unable to move backwards, not to mention old strings in our backs trying to kill us at every bump in the road. Infront of us we met 3 other dutch people who were in the same situation as us, they were also eager to leave Sucre and found tickets to Cochobamba.

After leaving the bus terminal it’s very common in Bolivia to stop and pick up local people, so before we left Sucre there were already people standing inside the bus and ended up sleeping in the middle of the bus as we drove for 10-12 hours during the night. Ofcourse I didn’t had any chance of sleeping, at least it gave me an opportunity to watch the amazing night sky and the not so pleasant road we were driving on. I guess that was why the bus only drives in the night as the mountain roads are very narrow and when passing other cars and busses it’s very sketchy! In the end we arrived safely in Cochobamba where we had to buy our transfer to Oruro, the second city towards Uyuni.

This bus was more pleasant as we only had a ‘cama’ bus. Cama is spanish for beds, so our seats could recline for almost 160-170% which is good enough to sleep. During this trip we also met a Bolivian woman who overheard that us talking with 4 Brazilians. We talked about Uyuni and gave us tips for booking a tour and recommended us to take a train from Oruro to Uyuni which is more comfortable and cheaper when booking third class seats. We weren’t expecting to find a train in Bolivia as it’s not very common way of transportation in South America but it was a pleasant surprise.
Apparently tourist scams are very common in Uyuni, especially for people that book towards San Pedro de Atacama in Chile. This is because we cross the border and don’t come back to complain at the agencies in Uyuni.

After 5 hours we arrived in Oruro and went straight to the train station to buy tickets for Uyuni. Lucky there were still seats available and we only had to wait a few hours so it was perfect to visit the mercado central (main market) to indulge ourself into the local food, containing of a soup and plate with either pasta or rice, meat and potatoes, delicious and cheap!

Our train left in the afternoon and crossed a lake with flamingos along the way. A cool sight as you don’t see flamingos every day. However after the lake a more shocking sight revealed, from here we only saw trash next to the train tracks, unbelievable how the people in Bolivia deal with their garbage.

After about 7 hours in the journey the night had already fallen and temperatures started to decrease. Suddenly the train came to a stop in the middle of nowhere and stood there for at least an hour before an official person arrived in our wagon and informed everyone about the current situation. Before he arrived there were speculations of a roadblock on the traintracks created by the people of Potosí and we both started to get worried. Did we travel so far, just to get stopped before Uyuni with no option to continue and return for Oruro? Luckily for us, it turned out to be a problem in the tracks and they were trying to fix it. The railway in Bolivia turned out to be quite bad (who figured)? After 2 hours we finally started to move forward and heading towards Uyuni. It was already 11 PM in the evening and my patience started to decrease because the estimated arrival time was 9 PM and I was already traveling from the day before without sleep.

At midnight we finally arrived in Uyuni and by now we traveled for about 30 hours. We waited in the cold for our bags to unload from the train and walked to our hostel. I could finally sleep! 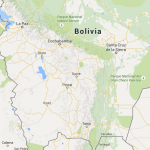 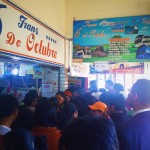 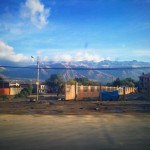