The last day of the 3 day tour from Uyuni we arrived at the border to take a transfer bus that took us to the city of San Pedro de Atacama. We stayed 4 nights in San Pedro and decided to rent a car as we got advised to do so by an English couple, who we met in Arequipa (Peru) and did the same.

We also met 2 Mexican girls at the border of Bolivia to San Pedro who lived in the same city as us. We got a long well and we decided to stay in the same hostal and asked if they wanted to rent a car with us (so we could save some money).
After arriving and going through customs in San Pedro de Atacama we needed to find a hostel. We never reserve hostels in advance we only search for places on Hostelworld and go there without reservation. For San Pedro however I highly recommend you to book a place in advanced as it’s very hard to find a hostel that has rooms available. Sleeping in the car wasn’t an option either as it gets very cold at night, between 0-5 degrees. After walking through the city we found a place that had room for us, phew! We were now in Chile, a rich country which ment we had to pay more for everything, including hostels. We had to pay 3 times more for a hostel in comparison to Bolivia and the standards were pretty the same, no wifi, sporadic warm water (we even had a day without water) and no heating in the rooms. I really took our heating system in Holland for granted as countries like Peru, Bolivia and Chile don’t have heating in their houses and it gets pretty cold at night, luckily there were enough blankets on the beds but we were sleeping with out cloths on anyway! The price did surprise me even though I knew Chile is an expensive country. By paying European prices I kind of expect more quality too but that’s not how it works when traveling.

The next day we woke up early in the morning to take a bus from San Pedro to Calama, which is a nearby city (113km). We rented our car in Calama because we would fly from Calama to Santiago which makes it easier to take our bags and return the car there. When we arrived at the bus terminal we wanted to take the 8 o’clock bus to Calama but the lady said, ‘no hay’ which means there is no bus. We looked at each other and didn’t understand why. We arrived at 7:45 but apparently the time zone in San Pedro is 1 hour later (actually it’s like that in the hole country) as Chile decided to stay in the summer time the hole year round. However our

phones didn’t change the time so we arrived late. Lucky for us another company left at 9:15 am so we didn’t have to wait long.

Once we picked up our car we drove back to San Pedro to start exploring the scenery around the city. With valley’s, desert (including dunes were people can sandboard), lagoons, geysers and hot springs, San Pedro has a lot of nature to offer. The English couple who we met in Arequipa were so kind to send us an email with all the highlight and of their trip in San Pedro and with tips on how to get there. For those who are interested, let me know below and I can forward this e-mail to you.

Our first stop was the dentist though, as Timon is putting a ‘Loney Dentist’ guide by now throughout our travels in South America. But really, he has visited dentist’s in every country as he keeps having complications after his tooth extraction in Lima. Luckily for me I didn’t had any futher complications with my tooth after Arequipa. After the check up the 4 of us were ready to go, a Mexican vibe was already going strong in the car, with music, laughter and the girls drinking cervezas in the back!

We enjoyed the views along the road and at the end of the day ended up in Valle de la Luna, a valley with different view points and dunes. Tobad that we lost so much time in Calama as the industrial park, were we wanted to rent our car was closed. Only 1 rental place offered cars but they were too expensive for our budget. We ended up renting a car in the airport but all of this took more time then we had anticipated. Luckily we still had 2 days left to visit the surrounding area of San Pedro.

The next day we drove towards the north as there were also geysers in San Pedro. When we arrived it was already quite late (end of the morning) and the geysers weren’t very active. A big disappointment as we expected to see a similar sight with lots of smoke from the geysers like Bolivia. Maybe we arrived to late and the geysers are more active in the morning but we will never know.

From here it was all down hill, literally, as we drove up the mountain pretty much 90% of the time, haha. For me the view on the road, toward the geysers was nicer then the actual geysers. We saw different wildlife a long the way which was pretty cool!

After arriving back to San Pedro we drove south, towards a lagoon located in the Atacama desert. Here we could see more flamingos and with no wind we could see the mountains in the distance being reflected on the lagoon. From here we decided to slowly return back to San Pedro as the sun was about to set and once it sets, temperatures drop rapidly.

The second day we decided to check out the altiplano lakes, which were supposed to be cool but far from San Pedro (115km drive). However after driving and ascending from 2500m to 4600m we could not find any passage to lagoons. Instead we drove all the way to the Argentinean border to find ourselves talking to the security, saying we were lost and wanted to go back. From here we decided to drive the 150km back to San Pedro, at least the views along the route were nice! Luckily the area of San Pedro is big so we still have other locations to visit, like the Valle de Muerte, ojos de Salar and other lagoons. Because we rented a car we arrived at most place with very little people to almost being there alone not to mention more wildlife on the roads then the ‘touristic hours’.
We both enjoyed having a car and these 3 days we rented the car felt like a big roadtrip. Finally we were free to go and stay wherever we were. Not to mention tours in Chile are a lot more expensive then countries as Bolivia and Peru. So finding 4 people and renting a car can be cheaper then tours and it gives you freedom. We ended up renting a normal Hyundai car as there were no 4×4 available. However we didn’t encounter any problems and because of that we saved money in price and gas. However renting a 4×4 is a good option in this area, so I do recommend it. 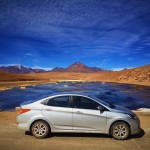 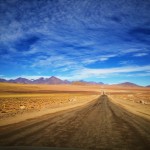 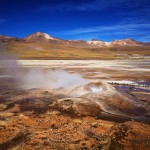 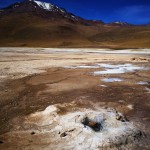 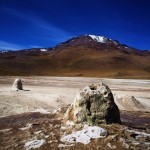 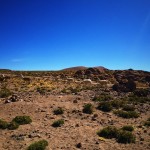 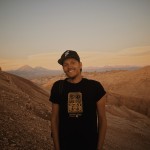 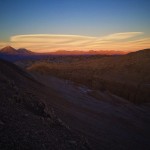 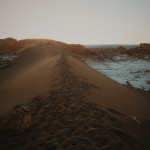 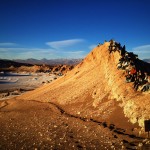 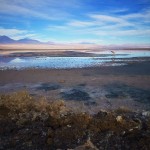 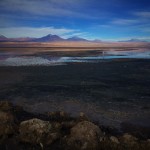 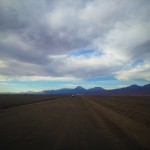 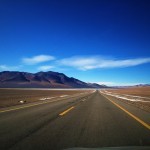 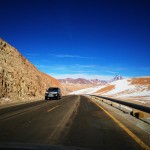 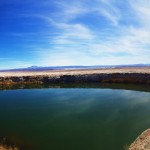 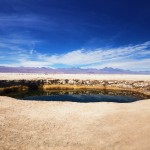 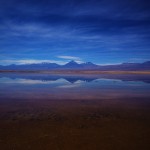 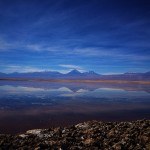 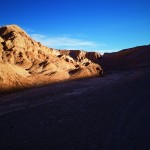