Skiing in the Andes, Chile

Posted by christiaansijbranda on Aug 27, 2015 in Blog | One Comment

Our couchsurfing host Andres invited us to go skiing with him in Valle Nevada, located in the Chilean side of the Andes. This would be our first time skiing in the mountains so we could not refuse and we were both excited to go skiing in our trip through South America.

We weren’t planning on doing any skiing in our trip but when we received the offer from Andres to go skiing we could not refuse as we never went skiing in the mountains, I haven’t even visited the Alps yet. Our only experience on skies was in the indoor centre of Bottrop.
We were pretty excited to go skiing and lucky for us it snowed during the weekend so there was enough snow in the ski resort.

The following morning after Valparaíso we went left the city of Santiago for the Andes mountains with the car of Andres (a suziki swift). Andres asked me to drive after we left the suburbs of Santiago and rented some snow chains for our car. The police checks for these chains as it is mandatory and later on we found out why. After driving up the mountain the road was still clear from snow, it was a steep but good road to drive on. Only the last few kilometers became tough as most of the road was covered with a layer of ice making the snow chains an absolute necessity. Ofcourse we didn’t believe we needed them which resulted in getting stuck, with no traction on a hill. Timon and Andres almost slipped when they stepped out the car because of the ice on the road. Our only option of escape from this situation was to put on the snow chains here. We tried to put them over the wheels of our car but after no luck we decided to ask other people that were passing us. Apparently you have to put the chains on the top of the wheel instead of laying them on the floor and drive over them (as the instruction video showed at the place were we rented it). After doing this it was much easier to get them over the wheels and continue our last kilometers, at least we learned a new thing here haha. Shout out to the Brazilian guys who gave that great tip!

Finally we arrived at the parking lot of the ski resort, time to go skiing!

But first we needed to rent our equipment aaaaand that took ages, yes we are still in South America were things don’t go as efficient as back home… Only 1 girl was helping people to get their boots and there were about 15 people waiting, no sign of rushing was to be found with her, she took here time to find boots and to make sure they were the right size. A good thing though but I didn’t understand why there was only 1 girl, anyways. After renting and buying our ski tickets we finally were ready to get up and get our skiing game started. Finally we were skiing in the mountains, awweesommmee!!
I really had to get used to the balance and stearing on ski’s but I quickly got back into the flow. It made me enjoy the ski tracks and I ended up on the orange track by the end of the day, not bad for a newbie like me right? Haha. You can check out my and timon’s skills below as Andres brought his GoPro and took some videos of us in action.

My clumsiness had also returned at the end of the day, while I and andres were on a ski-lift we were talking while suddenly I noticed that one of my ski wasn’t on my feet anymore. It fell of somewhere but we didn’t have a clue were and when it fell. We didn’t hear anything fall in the snow either. On top of that it was also the last track of the day for us as Andres had to catch a fly to Calama in the north of Chile in the evening for his work. So we needed to leave on time and then this happened, luckily for me it fell of at the start of the lift so the guy after me carried it with him on the lift, phew!

Skiing in Chile was a really cool and fun experience! But also an expensive day as we easily spended about 90 euro for renting equipment and a day pass to ski. Almost a 3 day budget, but hey, when do I get the chance to ski with only 1 hour drive, in the mountains with amazing views?!

Our plan after skiing was to cross the Andes by bus to the Argentinian city called Mendoza. Not to mention getting some dollars before we left Chile as the Argentinian currency is pretty bad at the moment. Because of that Argentinian people want to buy dollars for a better rate as the dollar is a more stable and better currency to save money in. To give you an idea, the official rate for a dollar is about 8-9 Argentinian pesos and for the blue rate (unofficial) it is around 14-15 pesos. However because of a snowstorm in the Andes the road to Mendoza was blocked and this lasted for a few days meaning we were stuck in Santiago for the time being. On wednesday we got a message from Andres saying it was the biggest storm in 10 years with lots of snowfall and heavy rainfall in Santiago. He also said the road could be closed untill the next week. After hearing that we decided to look into flights to Buenos Aires as that was pretty much our only option. Lucky for us we found a ‘cheap’ flight for 160 euro with KLM to Buenos Aires. We even received stroopwafels on the flight, awesoooomme!

We left Santiago on saterday making our stay in Santiago quite long and forcing us to skip parts of Argentinia because of snow. In exchange we decided to watch ‘Los 33’ in the cinema that was just released the day after. A movie about the 33 Chilean miners that got rescued after their mine had collapsed. I can remember it was world news when the miners were rescued but I didn’t expect the incident to be in Chile. The movie was quite impressed and it reminded me of the tour option we had in Bolivia. Getting a mining tour to see real life conditions of Bolivian miners. Imagine if something like the movie would happen in Bolivia, then you are Propper fucked.

P.S. the videos will come later 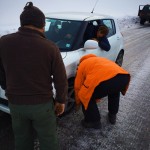 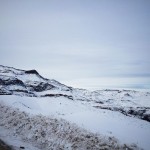 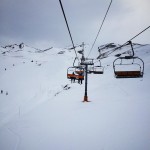 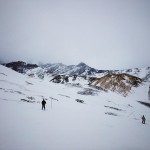 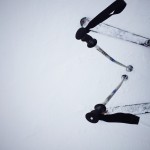 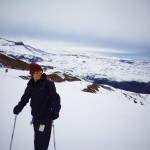 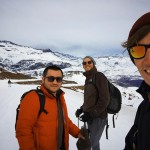 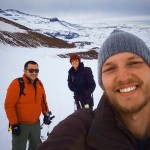 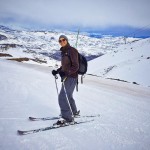