Posted by christiaansijbranda on Sep 4, 2015 in Blog | No Comments 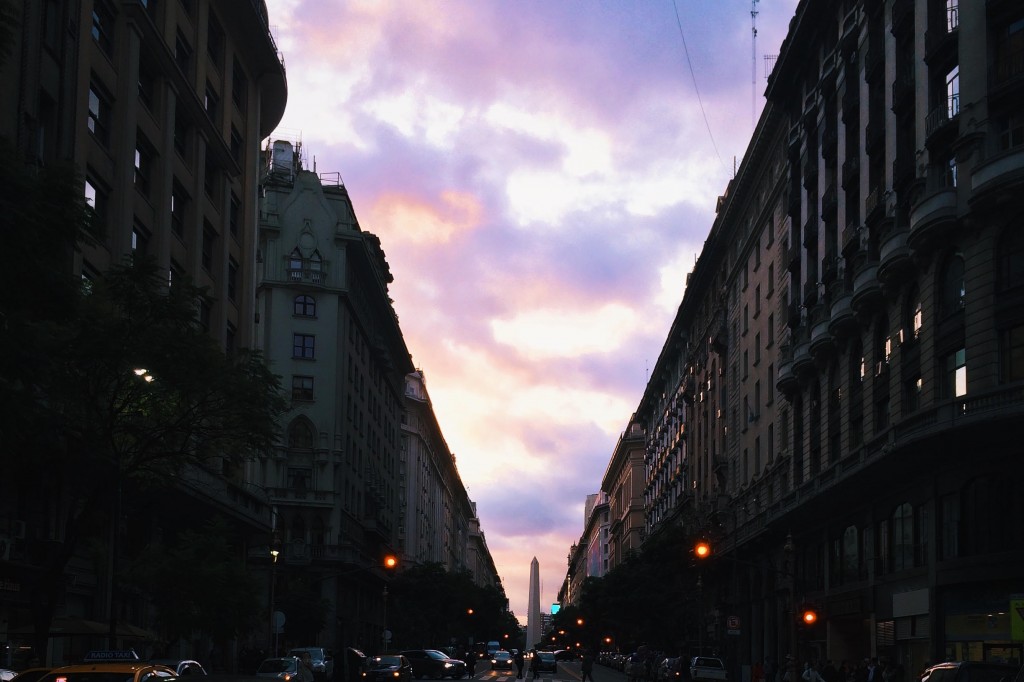 We stayed about a week in Buenos Aires and decided to do Couchsurfing again. This time we got an invite of 2 girls that lived in the center area of BA (Buenos Aires).

We arrived on saterday after flying with KLM and enjoyed speaking to the stewards who were quite interested in our travel stories. They first thought we were heading towards Amsterdam as that was the final destination of the flight (after it had stopped in Buenos Aires were we got off). While flying to Buenos Aires I was still sick of a flu virus which I caught in Santiago. It sucks to be sick while traveling, but we both wanted to move on to a different city.

After taking a shuttle service to downtown BA we arrived at our hosts door, time for us to meet these ladies. We were their first couchsurfing guests so I am sure they were more excited then us, haha! Though all I wanted was to drop my bag and jump into bed to get some rest.

After introducing each other we talked a little until I took a nice hot shower and went to bed after eating some toasts and tea. This time we had our own room and shower with a very comfy bed, I couldn’t be happier. In the evening our hosts (2 sisters living together) invited some friends over in their apartment and Timon also joined them to a house party later that night. I ended up sleeping the hole day, but feeling a lot better on sunday, finally, after being sick for more then 4 days.

On sunday it was time for Argentinian residents to vote. The pre-election for their next president. The girls needed to vote in the place were their parents lived so we tagged along and ended up in a big park full of big mansions of houses were their parents and friends lived. There was even a small supermarket and restaurant inside this enclosure so that people don’t have to leave. After the girls did their laundry and us watching a ‘must see’ movie (mean girls) according to them it was time for the actual voting, which was held in a local elementary school nearby. I also discovered that the day before argentinians vote, all the bars have to close at midnight so people vote sober appearently, a rule by law.

On monday we could exchange our dollars for the blue rate at a local legit shop. We both thought we would have to change at a sketchy guy were we had to bargain for a good rate and we could risk fake bills as fake bills are very common in Argentina. This shop was just a normal agency except that they use the blue rate exchange, not sure how they do things with their administration though as buying

dollars in blue is illegal. From here we decided to walk around the city and in the evening we would meet with a german girl who just arrived to BA a few weeks ago for a exchange semester. She was living close-by in a student flat with 20 other students. We decided to cook a steak and buy some wine as we were in Argentina after all! After a visit to the local butcher and Chinese supermarket (for cheaper wine) we could enjoy our first delicious steak experience in Buenos Aires.

On tuesday we discovered some more of Buenos aires and we met with a girl from Instagram, that lives and works in BA. She showed us some parts of BA and took us to a friend who had a party with free beer. After she received the phonecall she started to walk like crazy. I had trouble keeping up with her paste, and she wasn’t very tall at all! In the end, the party wasn’t special and we even had to pay for beer (so much for the free beer thing). We ended up eating a burger at a place were there is also a weekly event called Mundo Lingo, a place were everyone can come to and learn languages. At the entrance you tell a person which languages you speak and you receive a flag so people know which languages you can speak. A cool concept and fun to meet people and learn or improve a language.

Wednesday wasn’t a great day as there was a lot of rain, actually the hole week was raining in buenos aires but today was the worst. We decided to buy a boat ticket to Uruguay and a bus ticket to Puerto Iguazu, our next and last stop in Argentina. For the boat trip we decided to visit Colonia in Uruguay as we heard it is a nice city and visiting Uruguay is very easy from Buenos Aires, a ferry takes about 1 hour. After doing some groceries we went back home and cooked a nice healthy meal. We cooked a lot more in this trip as we eat a lot healthier when we cook for ourselves but also I enjoy the food more. Going out for dinner is expensive in countries like Chile and Argentina but it’s also a lot harder to eat vegetables as most restaurants serve salad including 2 slices of tomato, mostly lettuce and a little bit of carrot.

Thursday we woke up early and went on a day trip to Uruguay. After arriving in Colonia it was still raining, a lot making the hole experience not so nice. The city was mostly empty with only a few tourists wandering

around. Some people called Uruguay the Switzerland of South America but all i know is that Colonia wasn’t part of it. In my opinion it totally sucked and wasn’t worth visiting. It did not have a lot of interesting sights to offer in my opinion but maybe it was also partly the weather that we had a bad experience.

In the evening we were back in Buenos Aires and we headed out for a must do thing. Eating an steak. And it was amazingly good, the best steak I have eaten, and on recommendation of our hosts we didn’t even pay a lot as we headed outside the city centre and arrived in a more local area, near the docs. We paid 165 pesos about 16 euro for the official rate while a steak in the centre costs arounds 260 to 300 pesos.

We ended the evening with going out with our hosts, our first bar was quite dead so we decided to go back, near our house to flip a coin and decide which place we were going. The hole flipping coins part kept on going for a while as we kept having difficulties with getting in places without having an ID. In the end we found a place close to our house (same block) were we had to pay an entrance fee but got free beer and nachos, not bad.

Our last day had arrived as it was friday. Tonight we will leave for Puerto Iguazu, a 18 hour bus ride from Buenos Aires. Finding the bus was quite hectic as we almost missed it, even though we arrived on time.

The bus terminal had about 100 bus lanes with a lot of people searching and waiting on their buses. A quite hectic place. When we arrived we could not find any information about our bus as it did not appear on the screen and all the employees said it was late and that we should wait and listen to the person announcing. However it is really difficult to understand Argentinian Spanish as they use very different words and a lot of shh sounds. After keep checking for our bus we finally found it and they were about to leave, we got lucky as it was an 100 euro bus ride. 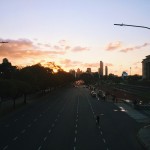 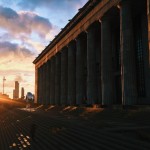 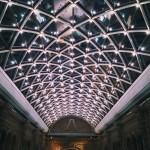 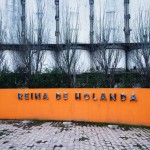 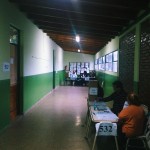 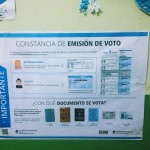